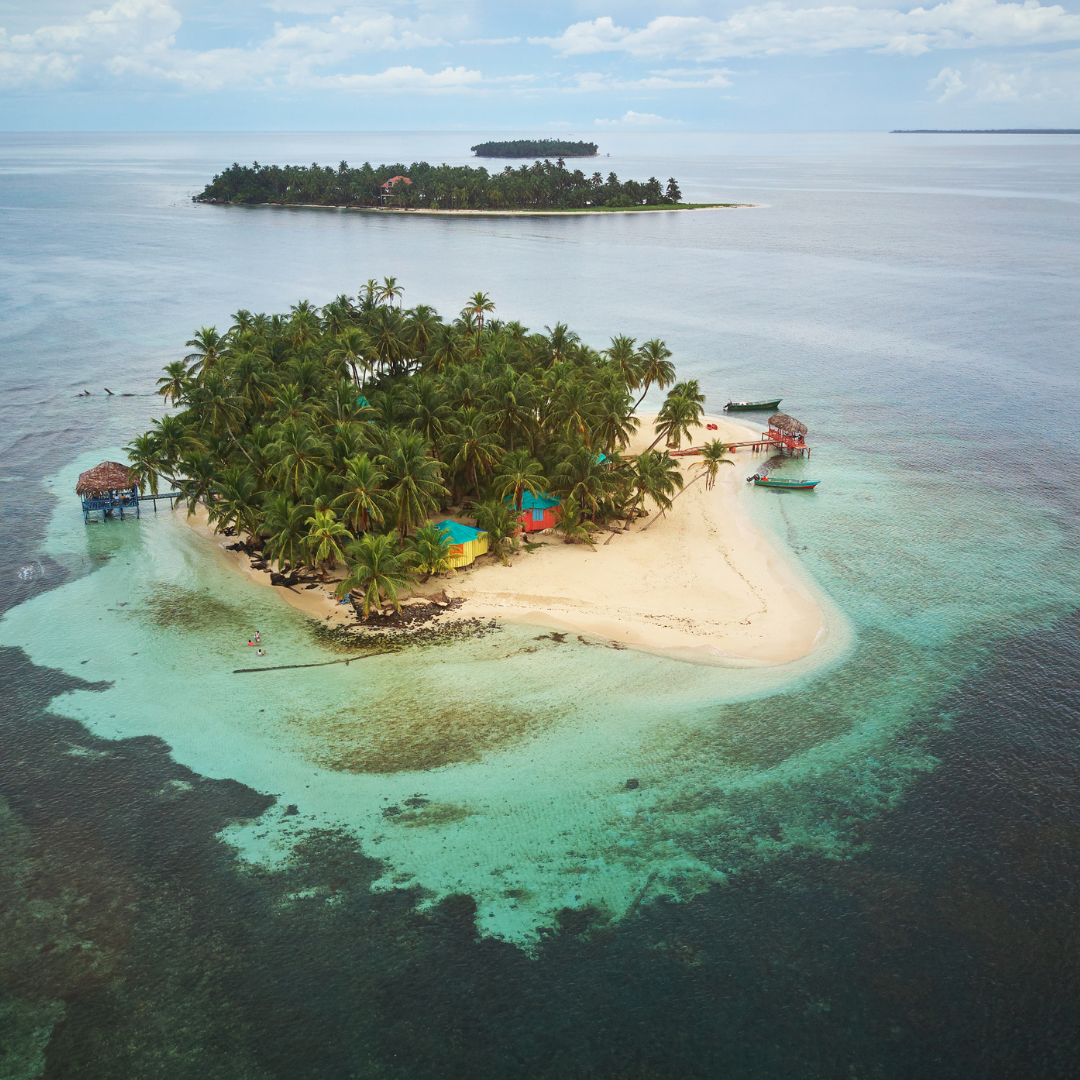 Turquoise waters, palm trees, tropical temperatures, white sandy beaches, captivating cultures and histories – it’s no wonder that visiting a tropical island is at the top of many travel bucket lists. Popular island hubs like those located in the Caribbean Sea, Atlantic and Pacific Oceans Mediterranean and Indian Oceans are a dream to visit for many. I get it!  I’m an island gal myself so I understand the appeal of islands – they are magical!

Yet, for most islands, tourism is their main source of revenue and just as islands rely on tourism dollars, islands equally rely on their natural and cultural assets to sustain their tourism industries.

Now that travel has resumed, some islands have become sanctuaries for those seeking to get away from the global pandemic.  Travellers should, however, weigh the benefits of travelling right now, especially to small island communities as health and safety for travellers and local communities are paramount.

Here in Bermuda, visitors must be tested prior to coming to Bermuda, on arrival and during their stay here.  This has resulted in the very successful management of Covid on the island.

Sustainable Travel also known as Green Travel, Eco-tourism or Responsible Travel amongst other names is travel that minimises the negative impacts on the environment and maximises the positive impacts on the local economy and local communities. The great thing about travelling sustainably is that it can be done in any destination and on any budget. Yet, when it comes to island travel the health and vitality of islands is so dependent on sustainable practices that even travel must be sustainable.

That’s why I believe off-season travel is such a win-win option for the sustainability of islands. If travelling to a tropical island is on your bucket list, let’s explore the benefits – island style!

Off-season travel also known as the off-peak season or low season is a time of the year destinations sees fewer tourists. Off-season periods vary, depending on things like where islands are located and the environment. Although I think it’s safe to say that tourists tend to visit islands for beach weather, weather patterns can vary per island. Islands located south of the Equator like the Caribbean tend to have warm weather year-round but surprisingly only get their majority of tourists during 4 months of the year (Dec-Apr) when travellers are looking to escape frigid temperatures in the north. Bermuda’s off-season is typically from September to April but because temperatures tend not to drop below 60 degrees, our favourable temperatures are still a lot warmer than northern regions which mean there are many activities visitors can enjoy during our offseason. Of course, when it comes to the weather, travellers should be aware of the hurricane season in the Atlantic Ocean which runs from June – November and the typhoon season in the Pacific Ocean, which also peaks from June – November.

Because many islands depend on tourism dollars, while visiting during the off-season, you will be helping to support the economy and livelihoods when it’s needed most.  Going when there are fewer visitors means that you are supporting the economic stability of the destination and local livelihoods for people who need it most.  This can be valuable for communities whose livelihoods rely on tourism.

Fewer visitors mean you can take advantage of being able to travel slower and explore more. As beach vacations are very popular with islands, one advantage of travelling during the off-season is you can get to enjoy the beaches without the crowds.  In addition to taking advantage of the beaches during the off-season, exploring away from the beaches can lead to some amazing discoveries.  Milder temperatures allow for the enjoyment of a variety of activities such as outdoor activities like walking, nature tours and bicycle tours.  Without the large crowds, there is also the opportunity to connect with locals and you’ll get a better sense of the place and culture.

Combat the negative effects of over-tourism

With so many more people travelling and exploring the world, there is a downside.  Over-tourism is when too many tourists visit the destination at the same time whereas tourism becomes unsustainable.  Because tourism is vital to most island destinations, it is vital that the fragile nature of islands be considered in conjunction with the tourism industry.  That’s why travel during the off-season is such a win-win for environments and local communities. Big crowds can have such negative and devastating effects on local communities and the environment.  Huge crowds put a strain on local resources such as water and waste disposal issues. Issues like pollution and crime can also increase with over-tourism.  Cultural and Heritage sites, if not managed properly can become over-run and suffer damage with constant large crowds and nature suffers.  Cruise ships have been notorious when it comes to over-tourism and many local communities, especially in Europe, are taking a stand against over-tourism.  In addition to over-tourism, cruises add very little to local economies.

By travelling during the off-season you are doing your part to counteract the negative effects of over-tourism.

Wildlife tends to show itself when there are fewer crowds. With less boating activities and less activity on beaches, the marine ecosystems get an opportunity to flourish. I love to sit beside the waterside during our off-season to watch the multitude of marine animals.  Better yet, by taking a snorkeling excursion or by scuba diving there will be plenty of marine life to see.

Ironically, due to the low number of travellers at the moment, this has created an off-season scenario.  Islands that normally see large numbers of travellers around this time of year are seeing far fewer visitors.

Travel during the off-season offers many benefits to you as a traveller as well as island destinations.  By travelling this way, island destinations can become much more sustainable and their natural beauty and cultural assets will be around for a long time to come and for everyone to enjoy!

What is your favourite island to travel to?